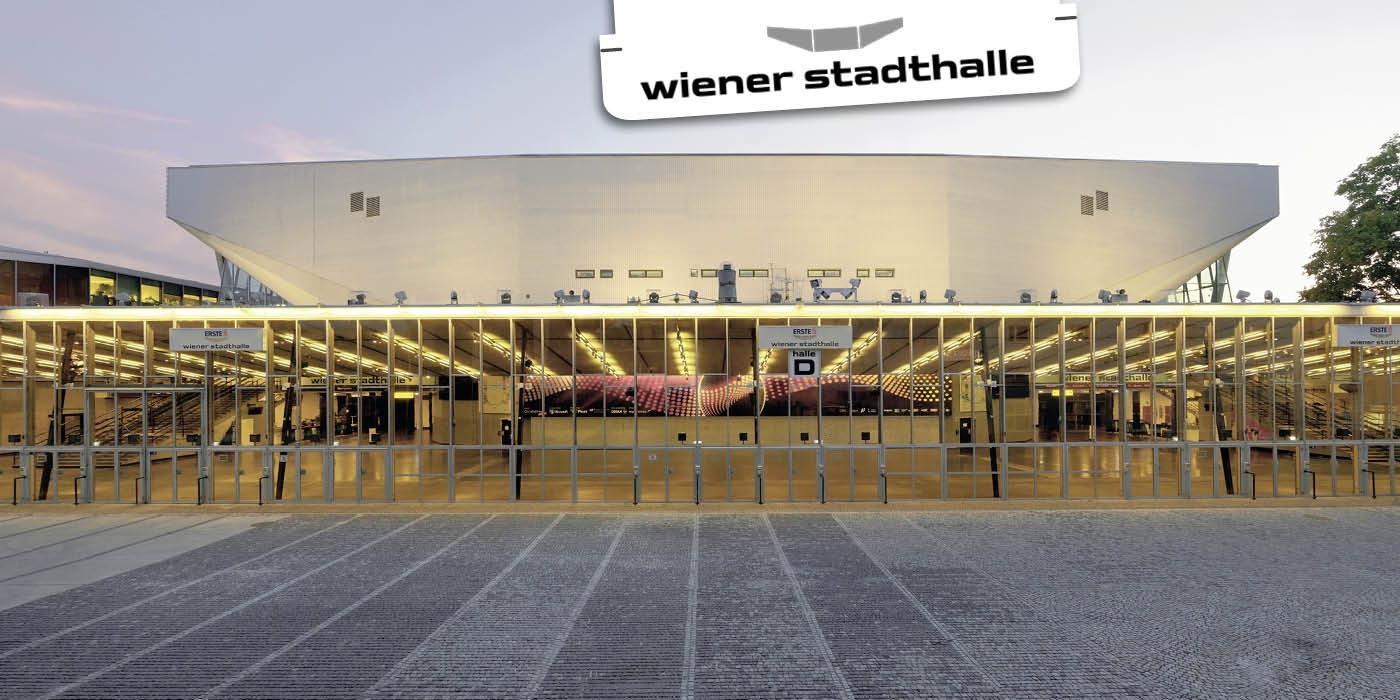 With over 300 events and around one million visitors each year, Wiener Stadthalle is Austria’s largest event centre and one of Europe’s top ten arenas.

Situated in an ideal location, the wide and varied programme of events at the Wiener Stadthalle includes something for audiences of all ages. The list of personalities who have appeared at the venue in the past few decades reads like a who’s who of the worlds of international sport, culture and entertainment. Music legends like Eric Clapton, Bob Dylan and Rod Stewart, as well as contemporary superstars such as Robbie Williams, Lady Gaga and Linkin Park have all played to full houses here. Every year, the Wiener Stadthalle plays host to Austria’s biggest ATP tennis tournament, the Erste Bank Open, while the stage which opened in Hall F in 2006 has become a popular stopping-off point for touring international musicals such as Dirty Dancing and We Will Rock You. The venue can cater to the needs of a huge range of events: from rock concerts, opera evenings and international TV spectaculars to major sporting events, fairs and conferences – almost anything is possible at the Wiener Stadthalle!

The site comprises six halls which can be individually or jointly let, making this one of Europe’s most firmly established, multipurpose event centres.

The Wiener Stadthalle is located at Roland-Rainer-Platz 1, only five minutes from BahnhofCity Wien West and a 15-minute ride from Vienna city centre. It has excellent links to the public transport network, and tickets for most events can be used on Wiener Linien bus, tram and underground lines.
Your ticket to Vienna’s public transport system

Tickets marked “Gilt auch als Fahrschein” (“Also valid for public transport”) can be used for travel on the Wiener Linien public transport network, including night buses, on the event date between two hours before and six hours after the start of the event.
How to reach us by public transport