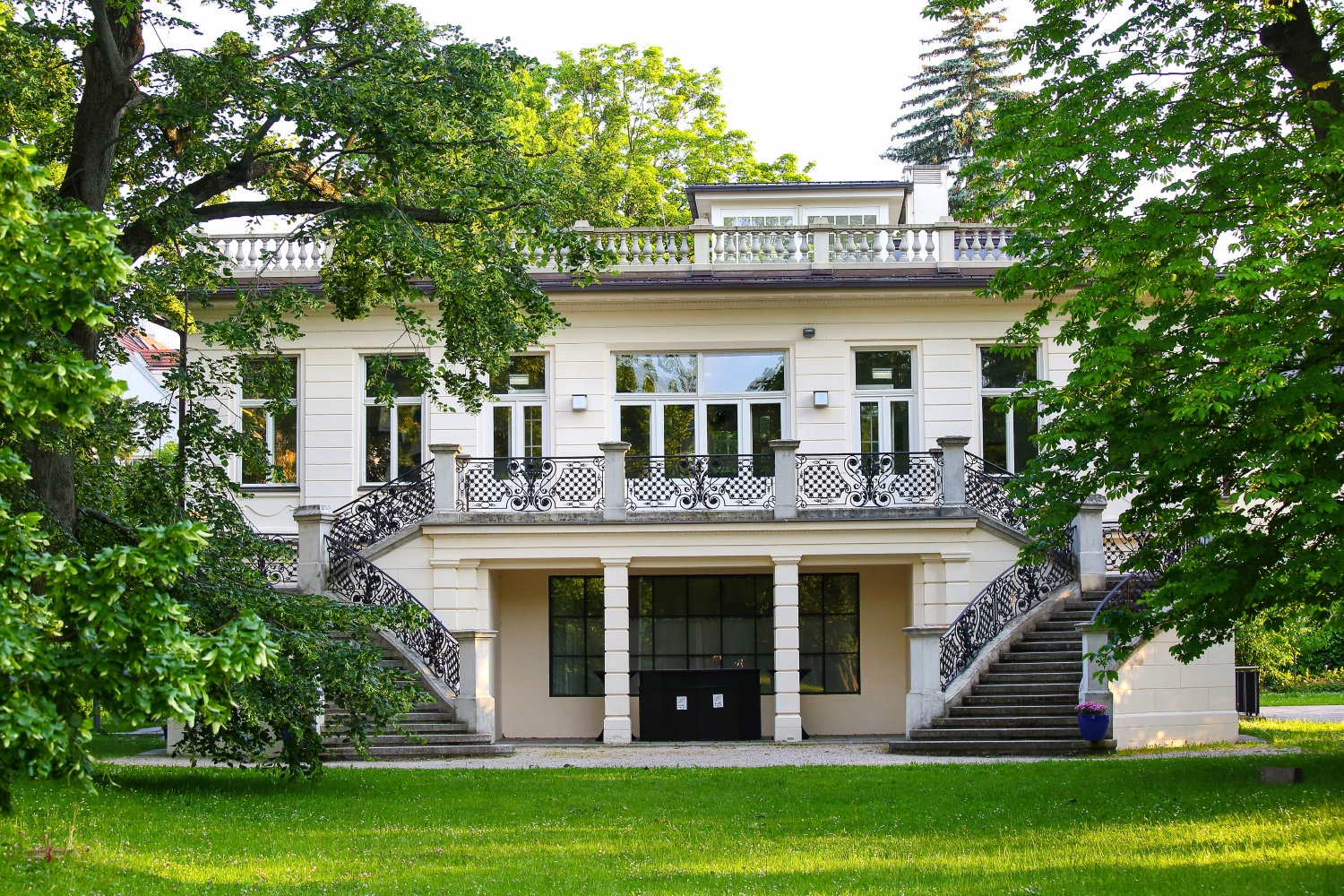 Due to the current situation, the museum is closed until further notice

The Klimt Villa
In 1911 Gustav Klimt rented a garden cottage of circa 200 square meters, which was built around 1850, at this address, Feldmühlgasse. Here he established his studio and he painted some of his most important canvases, until his death in 1918 - altogether 51 master pieces, among them the famous portraits “Adele Bloch-Bauer II”, “Friederike Beer”, “Die Braut (The Bride)”, “Adam und Eva”.

In 1922 the house and the land were bought by Ernestina Klein. A year later, 1923, the re-shaping of the building, the construction of a neo-baroque villa, was finished, and it survived to this day. The villa, in oral history termed “Klimt Villa”, was built around and on top; an ante-room was added on the south side, an attractive outside staircase was added on the north side, a second storey was built, and a flat roof with balustrade.  The one-storey garden cottage of Gustav Klimt, however, remained inside!

Two Klimt Rooms Reconstructed
On the ground floor, the studio has been authentically reconstructed on the basis of contemporaneous descriptions and illustrations. The aim is to convey the atmosphere of his living and working environment and to make the contents tangible. This is done through the reconstruction of the furnishing of the "reception room" and the "studio" on the basis of photographs by Moritz Nähr and available original samples of objects (e.g. carpet).

Special Exhibition “Klimt Lost”
Especially in Vienna – but all around the world – Klimt seems to be very present and in the public eye. His art has become common property. We tend to forget what disappeared – in the context of his life and his work. The exhibition “Klimt Lost poses the question of how we deal with “loss” – which exceeds by far the loss of individual works of art. It presents some leading personalities and their life styles then and up to today as well as Klimt’s lost paintings; it presents a new view for a wide audience.