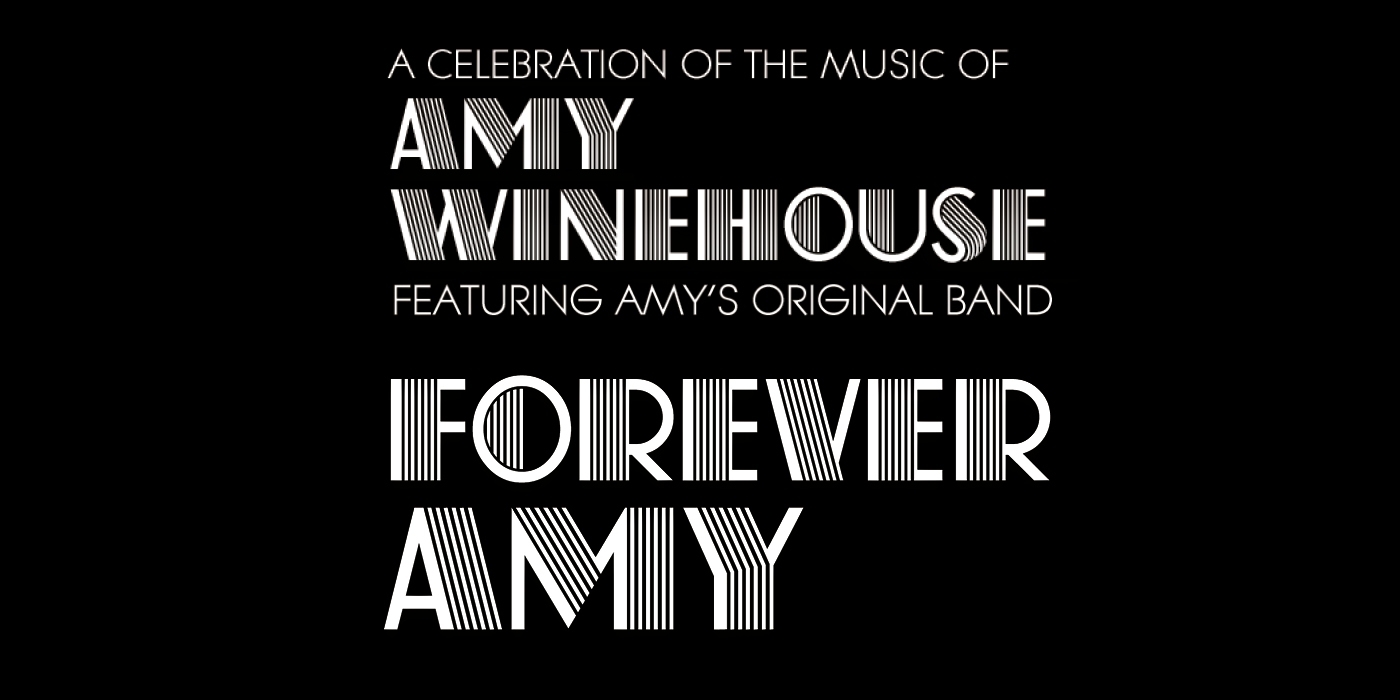 "A celebration of the music of AMY WINEHOUSE - featuring Amy's Original Band!"

"It was over a few drinks and a chat with our long time friend and musical colleague Dale Davis, that the idea for “Forever Amy” was born.

It was the anniversary of the passing of Amy Winehouse, Dale had been her musical director, friend and confidant throughout her entire career, and so inevitably, we commenced to talk about Amy and her musical legacy. It’s always intriguing to hear stories and insights about the making and career of an icon from the people who were actually there, but in this case, Dale’s stories painted a picture that left
us realising two things quite clearly.

Firstly, that Amy was a truly beautiful person. Much more interested in finding out how other people were than talking about herself,she was generous, fun loving and down to earth. Secondly, through her extraordinary songwriting and timeless voice, the music she made during her all too short life was as important and iconic as anyone before or since.

We all decided that it would be of immense importance to create a concert that re-lived this musical legacy in the most authentic way possible We hope that “Forever Amy does exactly that."
- Dale Davis, Richard Cardwell and Marc Arciero